The City of Northfield Approves the Municipal ID Program, First in Minnesota. December 12, 2017. 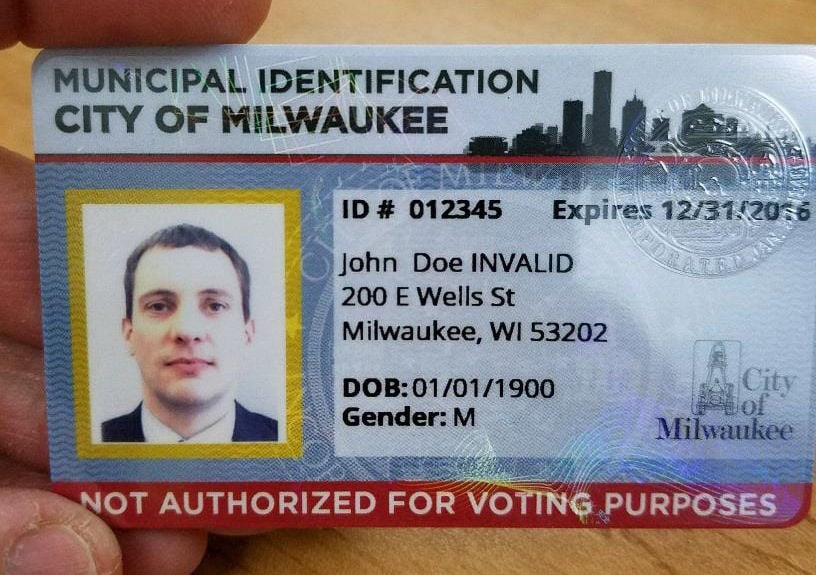 The Northfield City Council this month unanimously approved the first municipal identification card program in the state of Minnesota. Cards, for those who want them, are expected to be available in March 2018.

So where did this idea start, how did it get to Northfield, and what will the program look like? Here’s what we know already:

was the first city to ever issue the cards in 2007. The city reportedly started the program to protect its 10,000 to 15,000 undocumented residents from being robbed and/or assaulted. The cards, there, now serve as identification, $150 maximum debit cards and library cards.

Over the last decade, many more communities have started similar programs, including larger cities like Los Angeles, Chicago and New York, in addition to various smaller cities and counties across the country.

Neighbors United was initially hoping to model the proposed Northfield municipal identification cards after those in Roselle, New Jersey, which is a borough of about 21,600 people.

There, the Roselle Borough Library administers the identification card program. The card is available to anyone that can establish their identity and residency within the community. There are also mechanisms for community members without current residence to obtain the card.

The cards are accepted as forms of identification at various banks, pharmacies and other organizations in Roselle. Some local businesses also offer discounts and/or perks to cardholders.

The Northfield program hopes to implement a similar model.

Neighbors United started as something more like a working group last year, mostly with members of the Latino community. The idea, at that time, was to find ways to enhance Latinos’ standing within the community and to ensure all residents knew their rights.

The group quickly grew to members of the outer community. And eventually, city of Minneapolis Access and Outreach Specialist Mariano Espinoza was invited to join. Espinoza is known by many throughout the state, as he’s visited communities, helping to bridge gaps between residents.

At one of the Neighbors United meetings, Espinoza brought up a program he had heard about while working on the east coast years ago: municipal IDs. The idea quickly gained steam within the group, and it started inviting community leaders to join discussion and vet the possibilities.

On Aug. 3, the group announced its proposal to establish the program through official city ordinance. The Northfield Human Rights Commission (which includes Neighbors United members) discussed the proposal Aug. 10 and recommended the City Council consider it.

The council first talked about it at a work session Sept. 12. Staff went to work, fleshing out details, and came back with a refined proposal Nov. 22 for the council to discuss. The council provided its last direction on the matter, and then approved the ordinance unanimously Dec. 5.

Participation in the proposed ID card program is voluntary. Residents of Northfield can pay a small fee to get the card, which can include their full legal name, preferred name, gender identification, date of birth, address and photograph.

The ID card would not be a driver’s license or a tool for voting. Advocates hope it could be a form of identification, which, depending on the interest of local businesses, could be used to open bank accounts, pick up medicine at the pharmacy and make returns at local stores. The card may also benefit certain holders by allowing them to select their gender, and list allergies and emergency contacts in addition to proving Northfield residency.

Supporters say the cards will be useful to anyone who is unable to access official Minnesota ID cards, which require United States documentation, but they’re less useful if local businesses don’t accept them. Advocates hope to see added benefits to issuing the IDs — like discounts at local businesses, entry to certain events in town and other perks.

City Administrator Ben Martig said the card should be usable for verifying residence when paying city fees — i.e. entrance to the community swimming pool. An option will also be available for the IDs to double as library cards. Martig said staff is working with local bank, pharmacy and hospital leaders to see how useful the cards could be outside city operations.

“We heard from some banks there could be real applicable uses for the cards,” he said. “Check cashing, secondary form of identification.”

He noted pharmacies are more of a “grey area.”

The Minnesota Board of Pharmacy told members of Neighbors United the ID cards “should be accepted by Minnesota pharmacists for dispensing of Schedule II or III controlled substances (amphetamine, Vicodin, Tylenol with codeine, etc.) and products containing pseudoephedrine (like cold medicine).” However, staff found in its research that the board isn’t an enforcement wing, and the decisions would likely come down to the local pharmacies.

Martig also reported that Northfield Hospital staff said it supported the cards and could see some possible uses, thought specifics are yet to be determined.

How to get one

The program administrator is authorized to issue a city identification card to any resident who satisfies the application requirements. The cards expire four years after the date of issuance.

Minors are also eligible to obtain an ID card but a legal guardian must sign the application. Fees for the cards are expected to be between $10-20.

City staff says the cards can be printed through the city’s existing equipment, presently used for employee ID cards. Some staff time would be require to implement and run the program.

Staff estimates the fee for the cards will cover any associated costs.

En las noticias, in the news